When studying neuroglobin (Ngb), a hemoglobin-like protein present in the brain, Mark Gladwin and his team of researchers at the University of Pittsburgh discovered that it could bind carbon monoxide (CO) with an unusually high affinity. Based on prior knowledge of how the protein works, researchers engineered a mutant version of the protein, called Ngb H64Q, that was an even better scavenger of CO.

In a purified sample of red blood cells infused with CO, they found that the rate of net CO release from Hb was 1,200 times faster in the presence of Ngb H64Q than in the presence ofjust air alone. When tested in a mouse model of non-lethal CO poisoning, they found that Ngb H64Q was significantly better at removing CO from hemoglobin than 100-percent oxygen treatment. The normal half-life of CO in humans after poisoning (time it takes for half of the CO to be eliminated from the body) is 320 minutes, and even with 100-percent oxygen therapy, that time is 74 minutes. With the antidote therapy, the CO half-life was reduced to only 23 seconds.

In a mouse model with lethal levels of CO poisoning, seven out of eight mice treated with Ngb H64Q (87.5 percent) survived the duration of the experiment, while 10 percent or less survived in the control groups. Additionally, the antidote restored blood pressure and improved the amount of oxygen that was present in tissues, suggesting that Ngb H64Q works by scavenging CO from hemoglobin and allowing oxygen to bind in its place, thus restoring normal oxygen delivery. 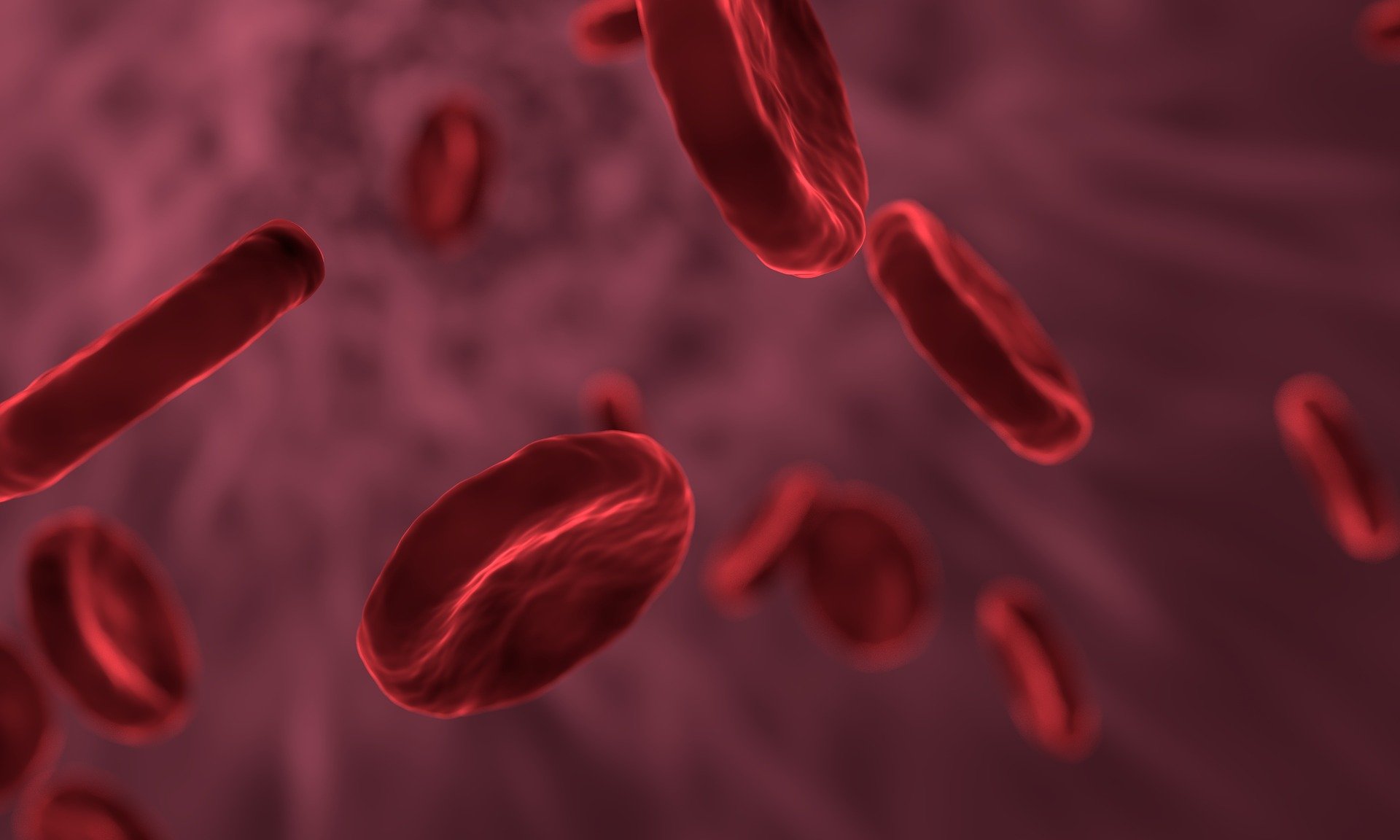 As Globin Solutions and the University of Pittsburgh have continued their discovery-based research collaboration, we have created modified hemoglobin molecules, originally isolated from expired human donor packed red blood cells, that have demonstrated high affinity for carbon monoxide (GSI-1901 and GSI-2001). Similar to recombinant neurolgobin, the normal half-life of carbon monoxide bound to the hemoglobin encapsulated within red blood blood cells is reduced from hours to a few minutes with this technology. Further, post-carbon monoxide exposure intravenous infusion of these blood-based molecular candidates show efficacy in reversing the lethal effects of severe carbon monoxide poisoning in mice.

This promising technology has been awarded an NIH NIEHS Phase I/II Fast-track STTR Grant in February 2020. In this grant program, in conjunction with the University of Pittsburgh, Globin Solutions will continue to develop the technology through preclinical studies and manufacturing development.

Abstract
Carbon monoxide (CO) is a leading cause of poisoning deaths worldwide, with no available antidotal therapy. We introduce a potential treatment paradigm for CO poisoning, based on near-irreversible binding of CO by an engineered human neuroglobin (Ngb). Ngb is a six-coordinate hemoprotein, with the heme iron coordinated by two histidine residues. We mutated the distal histidine to glutamine (H64Q) and substituted three surface cysteines with less reactive amino acids to form a five-coordinate heme protein (Ngb-H64Q-CCC). This molecule exhibited an unusually high affinity for gaseous ligands, with a P50 (partial pressure of O2 at which hemoglobin is half-saturated) value for oxygen of 0.015 mmHg. Ngb-H64Q-CCC bound CO about 500 times more strongly than did hemoglobin. Incubation of Ngb-H64Q-CCC with 100% CO-saturated hemoglobin, either cell-free or encapsulated in human red blood cells, reduced the half-life of carboxyhemoglobin to 0.11 and 0.41 min, respectively, from ≥200 min when the hemoglobin or red blood cells were exposed only to air. Infusion of Ngb-H64Q-CCC to CO-poisoned mice enhanced CO removal from red blood cells, restored heart rate and blood pressure, increased survival, and was followed by rapid renal elimination of CO-bound Ngb-H64Q-CCC. Heme-based scavenger molecules with very high CO binding affinity, such as our mutant five-coordinate Ngb, are potential antidotes for CO poisoning by virtue of their ability to bind and eliminate CO.

Abstract
Carbon monoxide (CO) remains the most common cause of human poisoning. The consequences of CO poisoning include cardiac dysfunction, brain injury, and death. CO causes toxicity by binding to hemoglobin and by inhibiting mitochondrial cytochrome c oxidase (CcO), thereby decreasing oxygen delivery and inhibiting oxidative phosphorylation. We have recently developed a CO antidote based on human neuroglobin (Ngb-H64Q-CCC). This molecule enhances clearance of CO from red blood cells in vitro and in vivo Herein, we tested whether Ngb-H64Q-CCC can also scavenge CO from CcO and attenuate CO-induced inhibition of mitochondrial respiration. Heart tissue from mice exposed to 3% CO exhibited a 42 ± 19% reduction in tissue respiration rate and a 33 ± 38% reduction in CcO activity compared with unexposed mice. Intravenous infusion of Ngb-H64Q-CCC restored respiration rates to that of control mice correlating with higher electron transport chain CcO activity in Ngb-H64Q-CCC-treated compared with PBS-treated, CO-poisoned mice. Further, using a Clark-type oxygen electrode, we measured isolated rat liver mitochondrial respiration in the presence and absence of saturating solutions of CO (160 μm) and nitric oxide (100 μm). Both CO and NO inhibited respiration, and treatment with Ngb-H64Q-CCC (100 and 50 μm, respectively) significantly reversed this inhibition. These results suggest that Ngb-H64Q-CCC mitigates CO toxicity by scavenging CO from carboxyhemoglobin, improving systemic oxygen delivery and reversing the inhibitory effects of CO on mitochondria. We conclude that Ngb-H64Q-CCC or other CO scavengers demonstrate potential as antidotes that reverse the clinical and molecular effects of CO poisoning.

Carbon monoxide (CO) poisoning affects 50,000 people a year in the United States. The clinical presentation runs a spectrum, ranging from headache and dizziness to coma and death, with a mortality rate ranging from 1 to 3%. A significant number of patients who survive CO poisoning suffer from long-term neurological and affective sequelae. The neurologic deficits do not necessarily correlate with blood CO levels but likely result from the pleiotropic effects of CO on cellular mitochondrial respiration, cellular energy utilization, inflammation, and free radical generation, especially in the brain and heart. Long-term neurocognitive deficits occur in 15-40% of patients, whereas approximately one-third of moderate to severely poisoned patients exhibit cardiac dysfunction, including arrhythmia, left ventricular systolic dysfunction, and myocardial infarction. Imaging studies reveal cerebral white matter hyperintensities, with delayed posthypoxic leukoencephalopathy or diffuse brain atrophy. Management of these patients requires the identification of accompanying drug ingestions, especially in the setting of intentional poisoning, fire-related toxic gas exposures, and inhalational injuries. Conventional therapy is limited to normobaric and hyperbaric oxygen, with no available antidotal therapy. Although hyperbaric oxygen significantly reduces the permanent neurological and affective effects of CO poisoning, a portion of survivors still have substantial morbidity. There has been some early success in therapies targeting the downstream inflammatory and oxidative effects of CO poisoning. New methods to directly target the toxic effect of CO, such as CO scavenging agents, are currently under development.